A day with majestic whales in Gansbaai 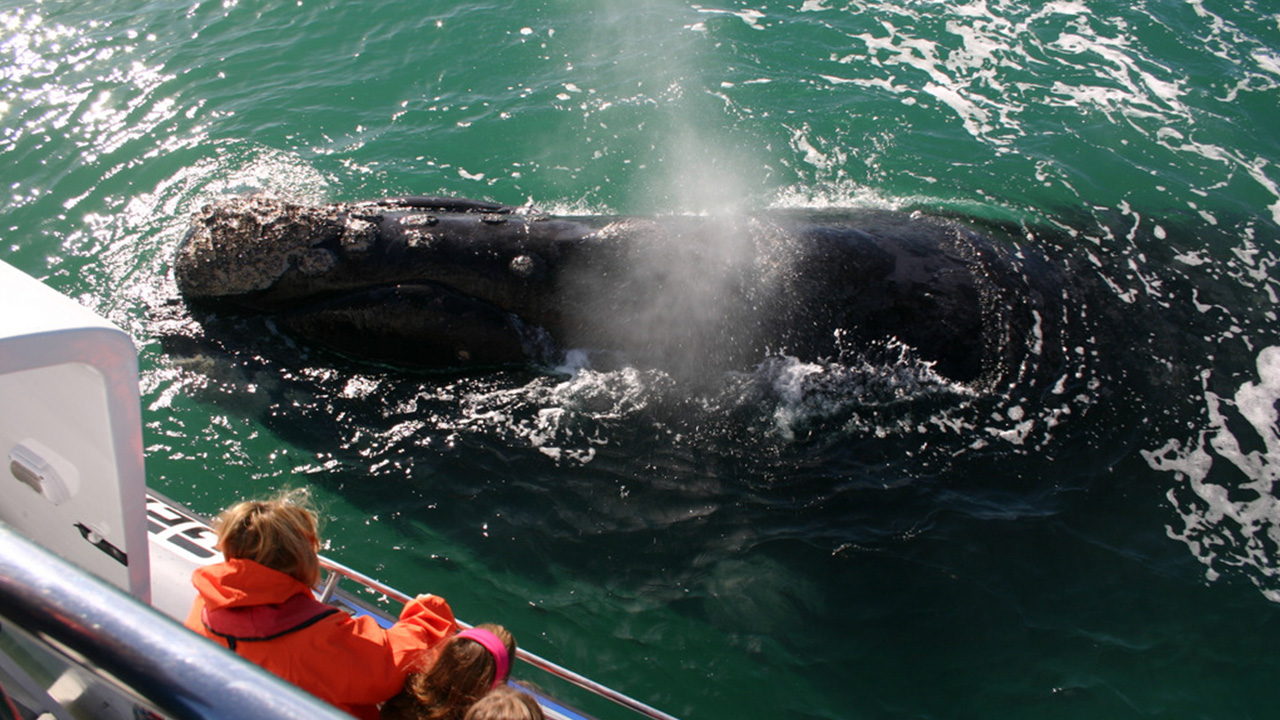 Hermanus, marine wildlife watching capital and jewel of South Africa’s famous “Whale Route”, truly ranks as one of the world’s top ecotourism destinations -and for good reasons too!

Located just 115km (a leisurely and scenic one and a half hour drive) from South Africa’s “Mother City”, Cape Town, Hermanus’ location lies alongside Walker Bay to where every year, scores of Southern Right Whales migrate to from their Antarctic feeding grounds to mate and calve. During Southern Hemisphere winter months from June to October, in excess of 100 of these elegant marine mammals have been sighted in the bay at any given time offering close proximity viewing for intrigued visitors and locals alike! It is not only Southern Right Whales though that can be seen in the region –all of South Africa’s marine ‘Big 5’ can also regularly be spotted including African Penguins, Cape Fur Seals, dolphins –not to mention Great White Sharks and Humpback Whales!

The readily available opportunities offered to view this huge diversity of marine life at close quarters is the exact reason that has installed Hermanus and the surrounding region as a globally leading ecotourism destination and has given rise to the annual ‘Hermanus Whale Festival’. Towards the end of September (27-29th September in 2019), the town hosts this world-famous festival to celebrate the whale’s arrival to calve and mate which over the 3-day period, bursts into life as many thousands of visitors descend on the region to join in the festivities of this ever-popular spectacle.

SEND US A MESSAGE

Get In Touch with Us